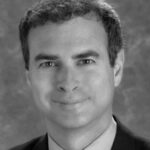 Brian, who is Of Counsel to the Firm, focuses his practice on tax disputes and tax litigation. He has extensive litigation experience in the federal tax arena, and has tried jury and non-jury cases in federal courts.

Brian J. Feldman represents the 15th Legislative District in the Maryland State Senate. After the 2022 Election, Brian was appointed to serve as Chair of the new Senate Committee on Education, Energy, and the Environment.  Previously, he served as the Vice Chair of the Senate Finance Committee and chaired its Energy and Public Utilities Subcommittee. Additionally, he serves as a member of the Executive Nominations Committee, the Joint Committee on Legislative Ethics and is the Senate’s representative on the Maryland Economic Development Commission.   Senator Feldman’s tenure in the General Assembly has been distinguished by his successful sponsorship of legislation to promote Maryland’s biotechnology sector, create green jobs while reaching renewable energy goals, advocate for individuals with developmental differences, and update and modernize Maryland’s corporate, business and insurance laws.

Prior to being elected to the Maryland State Senate, Brian was a member of the Maryland House of Delegates, serving on the House Economic Matters Committee and chairing its Banking, Economic Development, Science and Technology Subcommittee. Additionally, Brian was appointed to the leadership position of House Parliamentarian and also served as the House Chair of the Joint Information Technology and Biotechnology Committee and Chair of the Montgomery County House Delegation.

Currently, Brian sits on the Board of Directors for the Metropolitan Washington Council of Governments.

We use cookies on our website to give you the most relevant experience by remembering your preferences and repeat visits. By clicking “Accept All”, you consent to the use of ALL the cookies. However, you may visit "Cookie Settings" to provide a controlled consent.
Cookie SettingsAccept All
Manage consent

This website uses cookies to improve your experience while you navigate through the website. Out of these, the cookies that are categorized as necessary are stored on your browser as they are essential for the working of basic functionalities of the website. We also use third-party cookies that help us analyze and understand how you use this website. These cookies will be stored in your browser only with your consent. You also have the option to opt-out of these cookies. But opting out of some of these cookies may affect your browsing experience.
Necessary Always Enabled
Necessary cookies are absolutely essential for the website to function properly. These cookies ensure basic functionalities and security features of the website, anonymously.
Functional
Functional cookies help to perform certain functionalities like sharing the content of the website on social media platforms, collect feedbacks, and other third-party features.
Performance
Performance cookies are used to understand and analyze the key performance indexes of the website which helps in delivering a better user experience for the visitors.
Analytics
Analytical cookies are used to understand how visitors interact with the website. These cookies help provide information on metrics the number of visitors, bounce rate, traffic source, etc.
Advertisement
Advertisement cookies are used to provide visitors with relevant ads and marketing campaigns. These cookies track visitors across websites and collect information to provide customized ads.
Others
Other uncategorized cookies are those that are being analyzed and have not been classified into a category as yet.
SAVE & ACCEPT
Powered by